Interesting findings from Zenoss study on CC. Flexibility is now the leading driver for virtualization ahead of capex savings. Even though 90% of startups are working on products with a value prop that is a variation on "Managing VM Sprawl", only 26% of customer have deployed a tool to manage virtual infrastructure. So apparently, the customer is not driven to virtualization based on capex or opex savings. What gives?

Actually this is kind of good news. The whole cloud thing was hijacked by "Opex Savings" value prop i.e. management automation etc. around late 2008. The original cloud vision of internet as a platform (like OS today) was put on the back burner. May be we should get back to the roots of the cloud.
at September 29, 2010 No comments:

Should this architecture win in the market place, it will have a profound impact on the networking industry.
at September 27, 2010 No comments:

The site http://www.thewildernessdowntown.com/ shows what media made specific for a browser will look like. It uses HTML5. HTML 5 has every thing (but double buffering) that a media designer wants. 3D engine for rendering, texture mapping, color correction, sequencing, audio and video support.
at September 01, 2010 1 comment:

Email ThisBlogThis!Share to TwitterShare to FacebookShare to Pinterest
Labels: 3D Graphics and HTML5 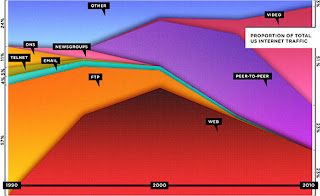 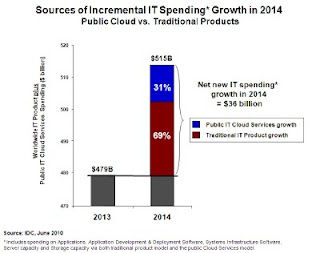 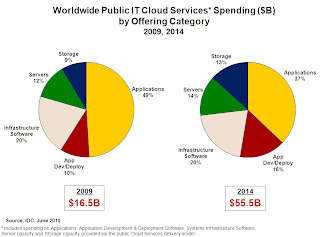 Cloud economics are most sensitive to VM density and less to automated virtual infrastructure management. If the VM density decreases as self-service portals are introduced or SLAs enforced, it will undermine the cloud economics.

The way to increase the VM density is to offload functionality from the VM that creates headroom or "idleness" in CPU, memory and IO. Creating virtual versions of network services as VAs is exactly what you don't want. Having a footprint on the virtual server backed up with HW acceleration outside the VI is what will increase the density. In other words, virtualization of network services is not a P2V activity but more a distributed computing exercise
at March 03, 2010 No comments: